It’s been almost a year since eighteen-year-old Ella Rodriguez was in a car accident that left her crippled, scarred, and without a mother. After a very difficult recovery, she’s been uprooted across the country and forced into the custody of a father that abandoned her when she was a young child. If Ella wants to escape her father’s home and her awful new stepfamily, she must convince her doctors that she’s capable, both physically and emotionally, of living on her own. The problem is, she’s not ready yet. The only way she can think of to start healing is by reconnecting with the one person left in the world who’s ever meant anything to her—her anonymous Internet best friend, Cinder.
...
Hollywood sensation Brian Oliver has a reputation for being trouble. There’s major buzz around his performance in his upcoming film The Druid Prince, but his management team says he won’t make the transition from teen heartthrob to serious A-list actor unless he can prove he’s left his wild days behind and become a mature adult. In order to douse the flames on Brian’s bad-boy reputation, his management stages a fake engagement for him to his co-star Kaylee. Brian isn’t thrilled with the arrangement—or his fake fiancée—but decides he’ll suffer through it if it means he’ll get an Oscar nomination. Then a surprise email from an old Internet friend changes everything.
Available on Amazon * iBooks * Kobo * Nook 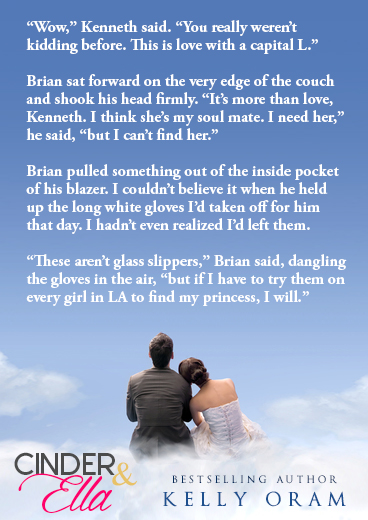 Hockey-obsessed tomboy Eleanor Westley has never been the object of a guy's affection before. So when the hottest boy she's ever seen moves in across the street and starts treating her like she's the center of his universe, naturally she's going to be a little skeptical. But everything starts to make sense when girls who look just like Ellie start dying all around the city.

Obviously the new guy is the killer, and of course he only likes her because he wants to slice her into tiny pieces. Right?

The more Ellie gets to know Seth the more she's convinced he's a psychopathic killer. Problem is, he's the sweetest psychopathic killer she's ever met. Not to mention he's brutally hot. No matter how hard she tries, she can't help but fall for him.

Will Ellie find true love, or will her summer of firsts turn out to be a summer of lasts? 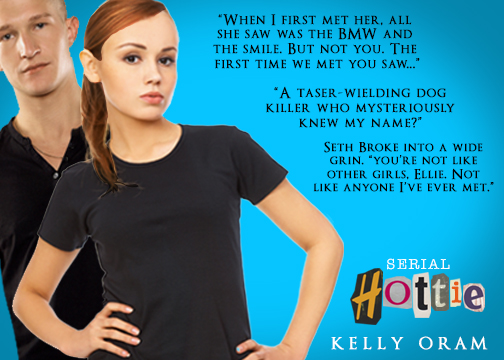 JONI, UNDERWAY (Co-written with Jonathan Harrow)
Nineteen year old Joni is loving life as an adult—living on her own, dealing with grown-up things like jobs, hook-ups, and doing her own laundry. Best of all: after finishing her first year at ASU, she will never again be called a freshman.
But when her brother is suddenly killed in a car accident, Joni’s adult life is turned upside down. Struggling to cope with loss, guilt, and anger—not to mention the meddling of friends and family trying to “fix” her—Joni is relieved to be presented with an escape in the form of a sailing trip her brother had been planning for months before he died.
With her first step onto the sailing vessel Lady Marguerite, Joni plunges into an adventure that will mark the beginning of her real adult life—a journey across the ominous dark blue of the Atlantic Ocean with a small, eccentric crew, and the young Captain Reid, whose gorgeous looks are only outmatched by his talent for care and kindness. Unfolding through the ups and downs of life at sea is an unforgettable story reminding us that love will always be a work-in-progress and coming of age never gets old. 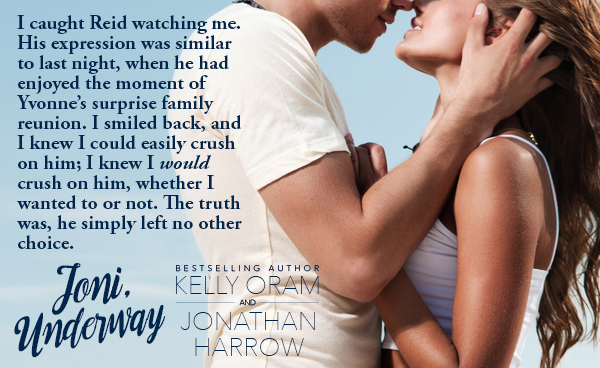 IF WE WERE A MOVIE
Music meets Movies in this sweet college romance.

NYU freshman Nate Anderson is a triplet who is desperate to escape his wild and crazy brothers. After they screw things up for him one too many times, Nate flees his housing situation and takes the first available room for rent as far from his brothers as he can get.
Enter his new roommate Jordan—a quirky LA girl who believes that everything in life has already been done in the movies. In this heartfelt tale of love, friendship and family, Nate learns how to deal with his new adult life using Hollywood films as a guide.

Teaser 1
“So this is what a Pearl-approved guy looks like.” She shook her head once and cracked a smile. “She’s got good taste, I’ll give her that. You’re an odd mix of sexy and adorable. Don’t see that often.”
I was a little taken aback by the compliment, if that’s even what it was. She may have just been stating what she considered to be fact. She laughed at my surprise and held out her hand to me. “Nice to meet you. I’m Jordan Kramer.”
I’d been afraid of that. “You’re a girl.”
Jordan laughed. “That’s what it says on my birth certificate, but I’m really glad you were able to figure it out without needing to read it.”
Nope. I definitely didn’t need that.


She looked at me as if the answer to that question should be obvious. “Hello. Have you met yourself? You with an acoustic guitar singing soft songs around a campfire or in a coffee house makes perfect sense. But I can’t picture you up on a stage, jamming on your electric guitar like a rock star.” She studied me a moment, then shook her head. “You’ll have to play for me, or I’m not going to believe it.”