In case you haven't heard, let me just shout it from the rooftops...

I've got another book coming out soon!
Woohoo!

I really super love this one and I am so excited to share it with you guys. Today I have the Cover to share with you along with the blurb and a short teaser to get you excited for the book. I've added a small giveaway with it, because hey, why not? Enjoy! And get excited for this super amazing (if I do say so myself) contemporary adaptation of my all-time favorite fairy tale Cinderella! 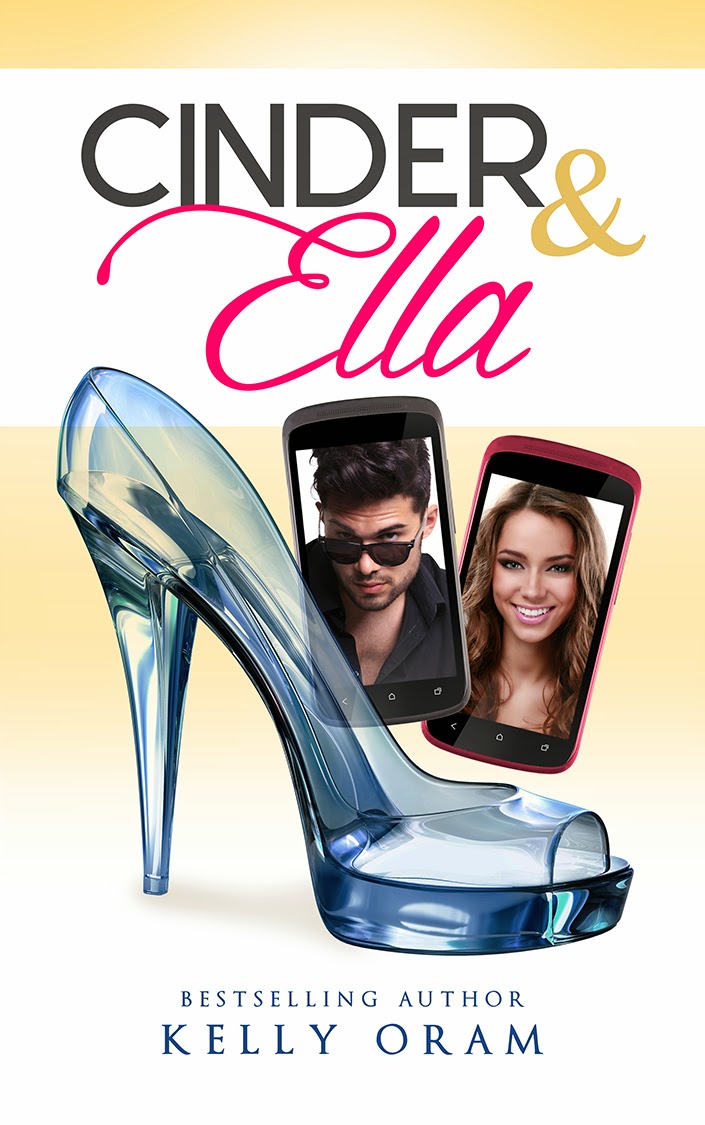 It’s been almost a year since eighteen-year-old Ella Rodriguez was in a car accident that left her crippled, scarred, and without a mother. After a very difficult recovery, she’s been uprooted across the country and forced into the custody of a father that abandoned her when she was a young child. If Ella wants to escape her father’s home and her awful new stepfamily, she must convince her doctors that she’s capable, both physically and emotionally, of living on her own. The problem is, she’s not ready yet. The only way she can think of to start healing is by reconnecting with the one person left in the world who’s ever meant anything to her—her anonymous Internet best friend, Cinder.
…
Hollywood sensation Brian Oliver has a reputation for being trouble. There’s major buzz around his performance in his upcoming film The Druid Prince, but his management team says he won’t make the transition from teen heartthrob to serious A-list actor unless he can prove he’s left his wild days behind and become a mature adult. In order to douse the flames on Brian’s bad-boy reputation, his management stages a fake engagement for him to his co-star Kaylee. Brian isn’t thrilled with the arrangement—or his fake fiancée—but decides he’ll suffer through it if it means he’ll get an Oscar nomination. Then a surprise email from an old Internet friend changes everything.

Teaser excerpt:
“You do have someone who cares,” he said softly. “No matter how bad things are at home or at school or whatever, you have me. You’re my best friend, too. You have my number now. Save it in your phone and call it anytime—day, night, the witching hour—it doesn’t matter. Okay?”
It took me a moment—and a series of deep breaths—before I could respond. “Okay.”
“Promise?”
“I promise. As long as I always have you, I’ll be fine.” I kicked myself internally and laughed. “Wow, that sounded really cheesy. You see? That’s why I didn’t want to call you. I can filter my stupid mouth so much better when I have to type out my thoughts.”
Cinder laughed again. “Ah, but then you would miss out on all the sweet nothings I plan to whisper in your ear now that I know how much you like my ultra-sexy voice.”
I blushed but refused to let him know that his flirting rattled me. “I never said ultra, you egomaniac. But you should definitely consider recording audiobooks for a living.”
“Hmm. That’s not a bad idea.” Cinder’s voice dropped to that slow, seductive purr again as he asked, “Would you like me to read to you, Ellamara?”
I thrilled at the thought and couldn’t quite mask my excitement. “Seriously?”
“Why not? Before you called, I was getting ready to have a Top Gear marathon all by my lonesome.”
“You are such a liar. Tonight is Friday night, and it’s Halloween. There is no way you don’t have plans.”
“I don’t have important ones. It’s just a stupid party that my sort-of girlfriend wants me to go to.”
“Your ‘sort-of’ girlfriend?”
“Yeah.” Cinder stretched the word out in a long breath. “It’s a long story, but I’m not that into her. I’d much rather stay home and read with you. Besides, I can’t hang up on you when you’ve had the worst day ever. What kind of best friend would that make me?”
I almost cried again. The offer was so sweet. And thoughtful. Reading was a passion Cinder and I shared. We read and discussed books all the time. We’d even decided to read the same book at the same time before, but we’d never read one together. Cinder had to know how much that would mean to me.
“It has to be The Druid Prince,” I said.
Cinder laughed. “It’s already in my hands.”


*Giveaway is international so long as you have an email address I can send the gift card to. :)

What do you guys think? Sound fun? Like the cover? I'd love to hear your thoughts, and if you're as excited about this as I am, don't forget to help me spread the word to all your friends by sharing the link on your social media!