The second book in the Jamie Baker series has arrived! Jamie Baker, the only girl in the world with superpowers, has now accepted who she is and learned to control her power. Not to mention she has the best boyfriend on the planet. Life is finally looking good. But the day she witnesses an accident and decides not to save the guy out of fear of being exposed, she realizes that simply being Jamie Baker isn't enough. After seeing Jamie so wrecked with guilt, the ever-helpful Ryan Miller decides it's time to make all of his fantasies about turning his girlfriend into an honest-to-goodness superhero become a reality. Of course, coming up with a decent Super Name and fending off all of Ryan's attempts to get her into spandex aren't the only problems Jamie faces. The more her alter ego starts to make headlines, the harder it becomes for Jamie to hide her extracurricular activities from her best friend, the government, radical scientists, and the mysterious new guy who is determined to steal her from her boyfriend.

More Than Jamie Baker is finally here! It's available now for just $3.99 on Amazon & Barnes&Noble.

I think this calls for a happy dance...or three.

So why write the sequels now, over three years later?
Simple. Because you guys wanted it, and

Seriously though, it was because of all the Ryan and Jamie love, so thank you to all my superfans out there! When I first wrote Being Jamie Baker I had originally planned the story as a trilogy but I wasn't sure I would ever write books two and three so I made sure that book one could be a stand alone just in case. After Jamie 1 was written I decided not to write the next two books. Mostly because I suffered from Sequelphobia and Story ADHD. (see blog post about Sequelphobia)But then so many people fell in love with Jamie and Ryan as much as I did and I felt like I wanted to say thank you. SO... More Than Jamie Baker (and Remember Jamie Baker) is my way of saying thank you to all my fans! Thanks for the years of support! You're the best!

Here are the Jamie Baker avatars to use for the giveaway... 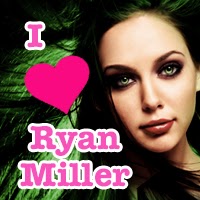 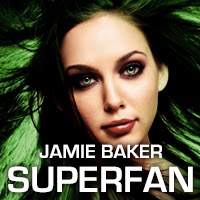